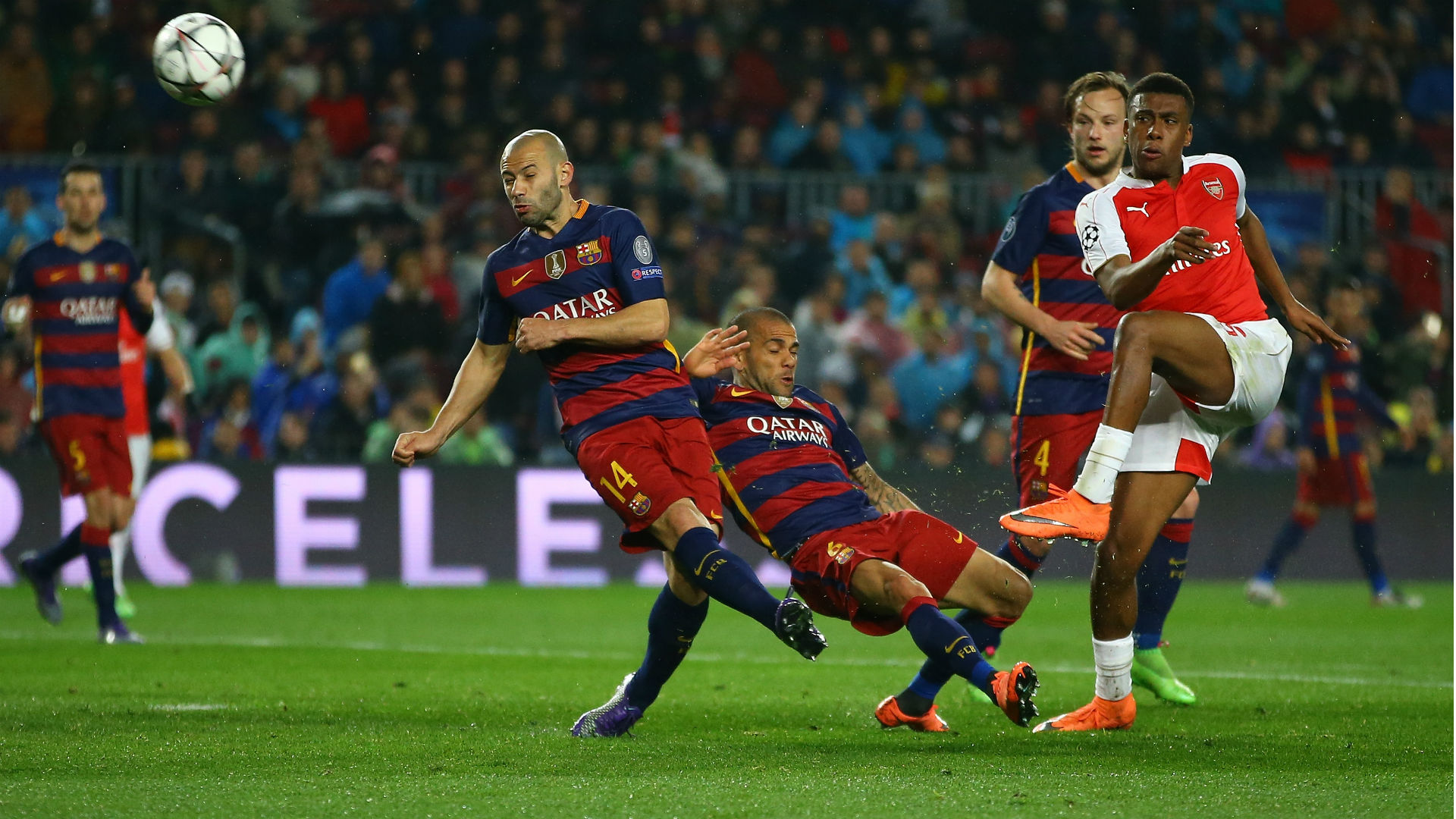 What a week it’s been for Alex Iwobi.

He began it as another promising young talent on the fringes of Arsenal’s squad, and he ends it with the England national side—if reports are to be believed—keen on snaring him away from an international future with Nigeria.

The wonderkid was handed an unlikely start against Barcelona in the Champions League, in a bout that was something of a dead rubber for the Gunners, who were thoroughly outclassed in the first leg at the Emirates Stadium.

The West African impressed during the early stages of the match, dazzling with his bold dribbling, his pace, movement and, notably, his upper body strength.

He may have tired, but the forward did enough to demonstrate that he has the qualities, both the raw materials and the in-game intelligence, to trouble some of the best players in the world.

Many expected that Iwobi would return to the bench, and probably to the peripheries of the first team, against Everton as Arsenal resumed their Premier League title hunt on Saturday. 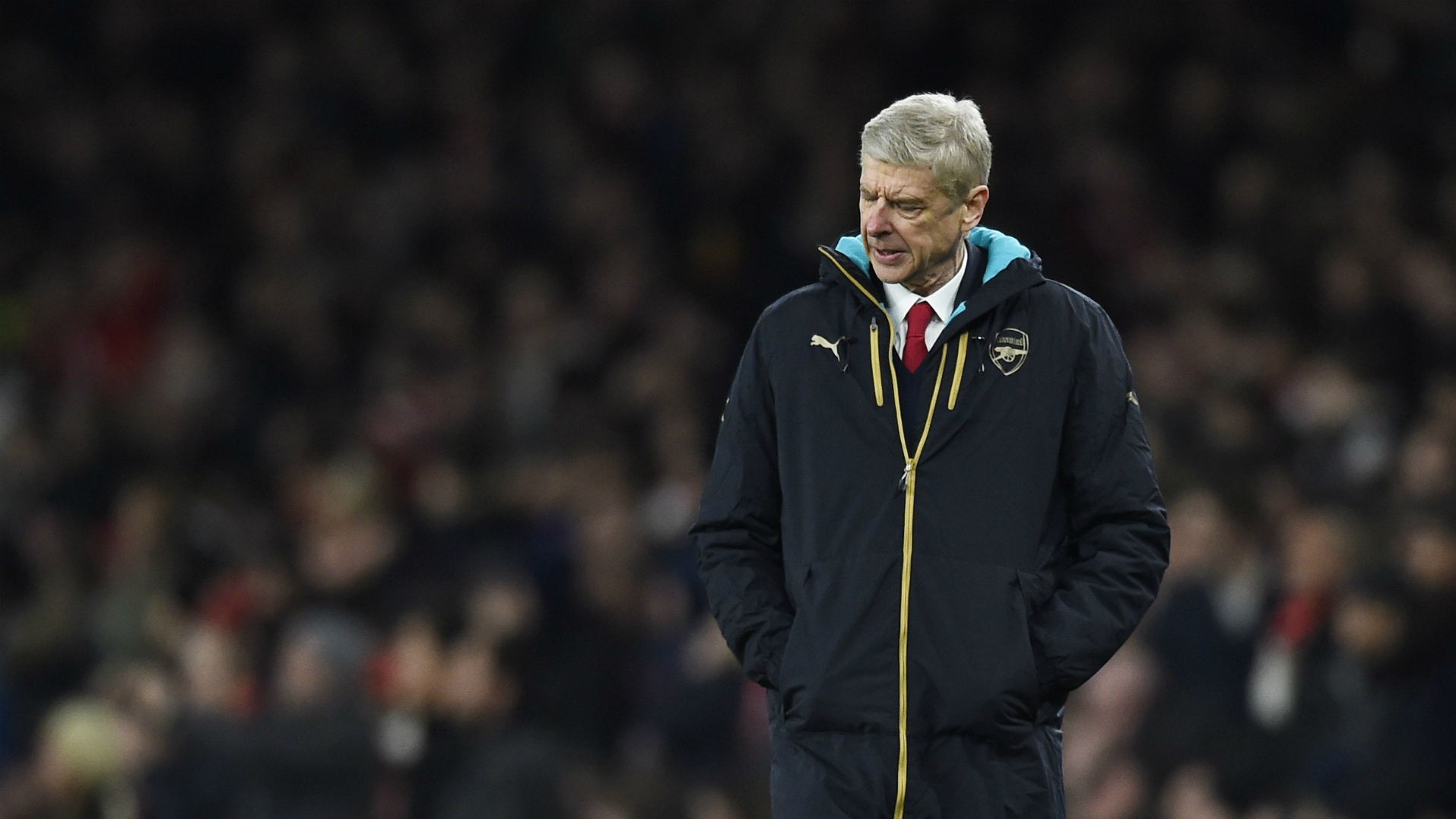 However, the attacker was again named in Arsene Wenger’s starting line up, and given the chance to build on his promising showing.

This he achieved with aplomb, and marked his first EPL start with a goal—the Gunners’ second—as they put Everton to the sword during an excellent first-half display.

The effort marked an excellent showing for Iwobi, who showed not only consistency, but also the kind of fearlessness that has too often been missing from Wenger’s sides in recent seasons.

His effort demonstrated a touch of class, showing fine composure to meet Hector Bellerin’s lofted ball before finishing with unswerving focus past the helpless Joel Robles.

The goal revived Arsenal’s title hopes, and while Leicester City and Tottenham Hotspur still lead the table, the Gunners have a game in hand, and can move back to within three points of their local rivals. 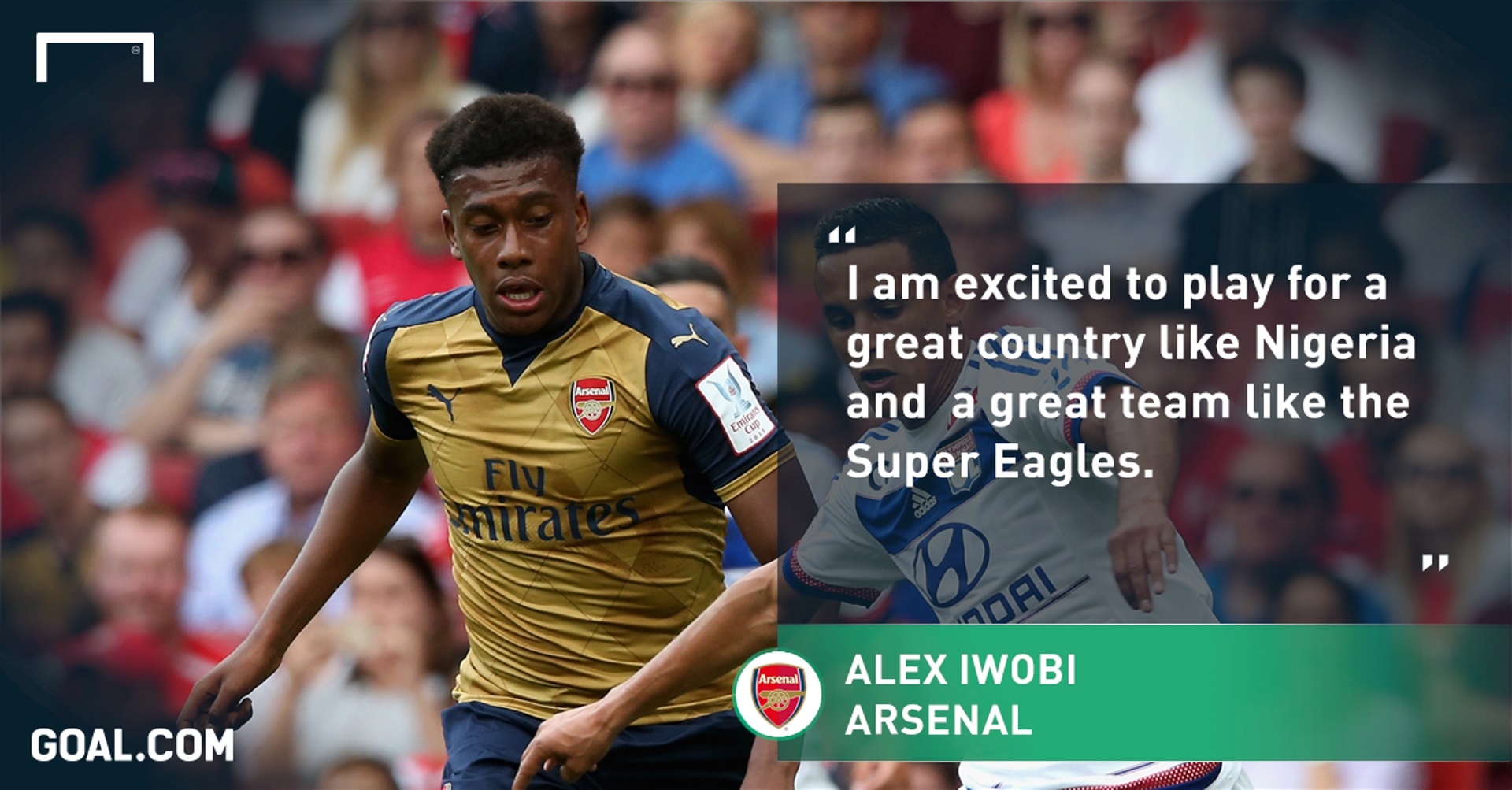 It’s a long shot, but revived by the performances of Iwobi, Wenger’s side look set to end the campaign strongly.

His performance against the Toffees seemingly captured the attentions of England, who were understood to be attempting to tempt Iwobi away from committing his international future to Nigeria for good.

The attacker has already featured for the national side in friendly matches, but could still switch back to the Three Lions—whom he represented at youth level—unless he features in one of the Super Eagles’ competitive bouts against Egypt this week.

All Nigeria fans will be desperate to see him turn out for the Super Eagles over the coming days, both for the impact he may have against the Pharaohs and for the future he could guarantee for the West African giants.

Iwobi is made of bold moves. He is #MadeofBlack

I want to make a name for myself at Everton – Iwobi

This site uses Akismet to reduce spam. Learn how your comment data is processed.

Powered by VanguardNewsUpdate
© Copyright Vanguardnewsupdate.com 2020, All Rights Reserved
Share This